Ewan Campbell’s Wandering Lighthouses received its premiere performance on Saturday 11 May 2019 at the opening concert of LFCCM 2019, performed by Simon Desbruslais, Ellie Lovegrove, and Peter Foggitt. We wanted to know more about this exciting composer and his new composition.

Who or what has been the single biggest influence on your work? 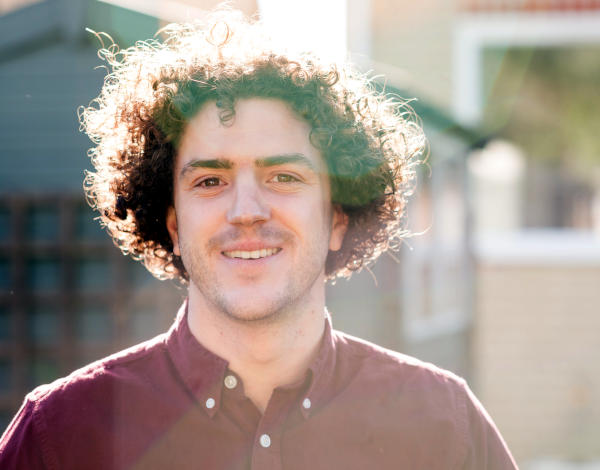 The experience of performing music is probably the single biggest influence on my composing.

How did you discover composition?

My early musical training was on cello and double bass, and to a lesser degree piano. I was always a very poor sight-reader on the piano, and took a very long time to learn new pieces. However, aged about 16 I discovered I could improvise in the style of the piece I was learning – vaguely emulating its musical features – far quicker than an accurate reproduction.

How would you describe your compositional style?

I tend to be interested in the visceral qualities of musical texture and rich sonorities. My melodic and harmonic writing is quite chromatic, especially due to my interest presenting a wide variety of sound colours. I carefully consider musical structure and the construction, or disruption, of a sense of teleological arc.

What is your experience of sacred music? Has it been a big part of your life and/or influenced your development as a musician or composer?

I have a strong affection for renaissance choral polyphony, which influences my melodic and textural preoccupations; however Ligeti’s Requiem is probably my favourite overtly sacred piece.

You’ve composed a piece for trumpets and organ. Was this a grouping you have composed for before?

There are several pieces for one trumpet and organ, but I’ve been told that two trumpets and organ is a new combination. I’ve not composed before for organ, although I first devised the kernel of this piece a decade ago following an experience performing in Coventry Cathedral.

Tell us something about the work that will be premiered on Saturday - how did you choose the text and what does the piece mean to you?

Goethe describes music as liquid architecture. Organs are immovable and fixed to a specific architectural space which they are designed to fill with their sonority, whereas the trumpet has a highly localised, mobile and directional sound. Wandering Lighthouses plays on the fixed and mutable qualities of the two instruments, with the trumpet players wandering to every compass point of the church.

I’m Director of Music at Churchill and Murray Edwards Colleges in Cambridge, which occupies me during term time, but then somewhat incongruously I will be arranging a show of pop and rock music for Orchestra.

Any interesting facts people ought to know about you?

Another part of my compositional practise involves composing onto pre-existing maps. This has led to a partnership with Ordnance Survey, and I’m hoping to collaborate with the British Antarctic Survey using their maps showing how climate change is affecting the Antarctic.

The LFCCM is a precious and unique opportunity for the annual showcasing of new sacred works at the highest possible level. It thoroughly deserves its important place in the spectrum of contemporary music in London.